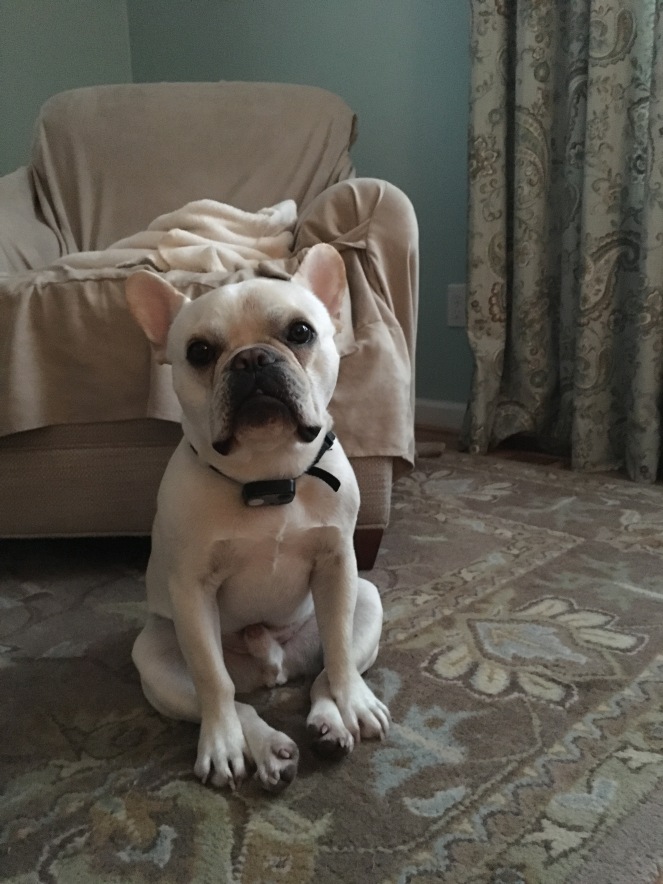 Carl has come a long way in many areas but he continues to like to nip at people when they enter our house. It can be very annoying for everyone involved. A group of people can be standing around and Carl will target someone and go for either their shoes or knees. Typically when the victim realizes what is happening, they will reach down to push Carl away. Which in turn gives him exactly what he wants, their attention.
From his perspective, our little dog doesn’t like to be so close to the ground when everyone is standing up. He just can’t understand why people are choosing to engage with other humans when they could be interacting with him.
Nipping is typically a negative behavior that ends up with a negative response. But there is one story in the Bible that I believe exemplifies how nipping for the right reason can prove fruitful.
Ultimately Jesus came to save all men from their sin but as He walked on this earth his primary mission was to save the Jewish people. Most of the interactions He had were with the Jews. But as He was performing miracles and healing people, many Gentiles came to believe in Him.
Matthew 15:21-28 is an unsettling portrayal of a Gentile woman who nipped at Jesus until He responded to her need.
It states, “Then Jesus went out from there and departed to the region of Tyre and Sidon. And behold, a woman of Canaan came from that region and cried out to Him, saying, “Have mercy on me, O Lord, Son of David! My daughter is severely demon-possessed.”
But He answered her not a word.
And His disciples came and urged Him, saying, “Send her away, for she cries out after us.”
But He answered and said, “I was not sent except to the lost sheep of the house of Israel.”
Then she came and worshiped Him, saying, “Lord, help me!”
But He answered and said, “It is not good to take the children’s bread and throw it to the little dogs.”
And she said, “Yes, Lord, yet even the little dogs eat the crumbs which fall from their masters’ table.”
Then Jesus answered and said to her, “O woman, great is your faith! Let it be to you as you desire.” And her daughter was healed from that very hour.
I can’t imagine how difficult it must have been for this woman to approach Jesus after he had shunned and ignored her. It appears that she had been following Jesus and his disciples for some time and they were getting worn down by her nipping.
But her need was great and she knew in her heart that He had the ability to heal her daughter. So with great persistence, the woman nipped at the heels of Jesus and his disciples.
Even when it appeared that He was not going to help this woman, her faith couldn’t be ignored. This causes me to wonder how often I nip at Jesus in prayer. Do I give up too quickly when it doesn’t look like He is listening to me?
Just today, Carl nipped at a friend that came into my home. After being reprimanded, he settled down and seemed content with the attention he received. I hope he will stop nipping at people. But until he does, it sure has served as a prompt for me to think about how often I even attempt to nip at Jesus’ cloak.

5 thoughts on “Nipping at His Feet”