For Carl, this morning was just like all others. We got up early and placed the silver collar around his neck. Then after the leash was attached, he went to the screen door where he waited until it was opened. Once the door was cracked open, Carl pushed his compact body through, making sure that he was out and down the stairs before Bee could get through the door.  For him, this walk was like all others.

But for us, a change had taken place that kept the conversation to a minimum and our thoughts buzzing around in our heads. This was a morning of mourning. My husband’s father had passed and we were now preoccupied with mixed feelings of relief and sadness. Relief that he would no longer be suffering and sadness because we would never see him ever again.

I was also consumed with an identity crisis that comes from being in a supporting role for so long that no longer existed. As much as I didn’t want to admit it, my identity as a caregiver meant more to me than I wanted to believe. And now it was gone.  I was now face to face with the reality that who I had become over the last three years was now a part of my past and I felt a strong void.

What was I going to do now to replace the days that were spent driving the two hours to see my father-in-law? How would I spend the time that now stretched in front of me that would bring on a new identity? No matter how much I didn’t want to think of his passing in a selfish manner, I couldn’t help but think about its impact on who I was.

God knows what each of us go through and if we try and listen hard enough, He will reveal to us how to take our circumstances mixed with our feelings into his will.

And so it happened today at church when we were looking at Matthew 4:8. In this passage, Satan is tempting Jesus with the kingdoms of the world. All Jesus needs to do is worship Satan. But Jesus refuses and states in Matthew 4:10 “Away with you, Satan! For it is written, You shall worship the Lord your God and Him only you shall serve.”

In the same manner, my identity should never be based on the works of my own hands but instead in Jesus. After thinking about what Jesus did, I appreciate the fact that He was willing to put his trust in God and lose his identity. As for me, I will strive to do the same and trust that I will be consumed with a sense of satisfaction that comes from only Him.

As for Carl, his identity is still wrapped up in being first in all things. No matter the circumstance, he exerts all his energy into being recognized which in turn leads to insecurity. And even though it is sad to watch, I will be grateful to God for giving me my little dog as a reminder of what my true identity is in Him. 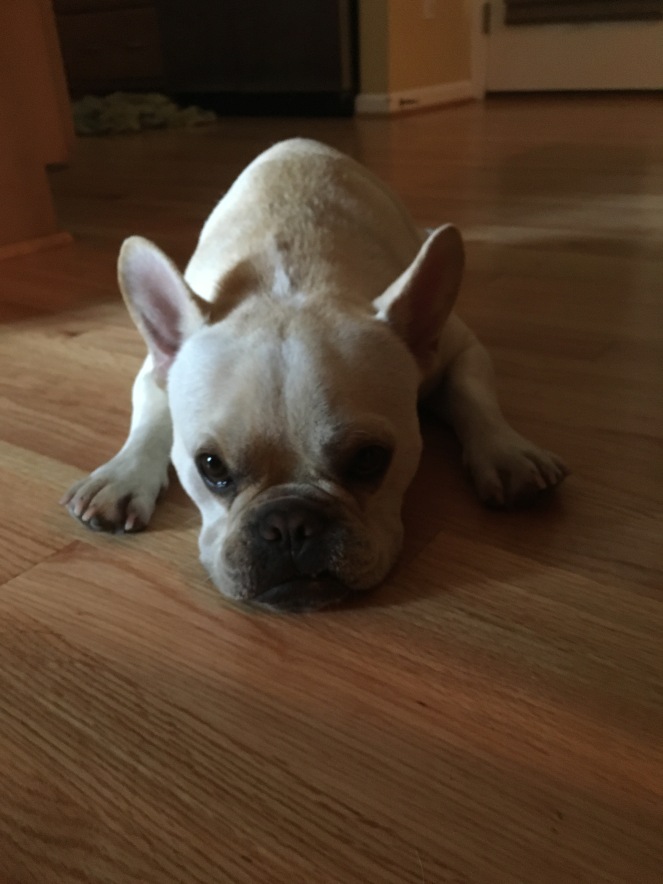